Refugee, migrant and IDP children in Burma get school supplies from KIRF 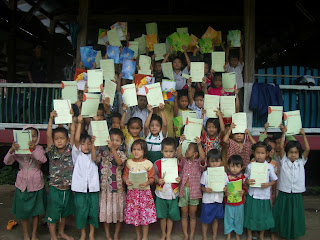 KIRF has been getting needed school supplies and some food aid to IDP (“internally displaced people”) children in conflict areas in the Eastern Karen State of Burma and to child refugees in northern Thailand since 2008. We have been able to do this through an aid network coordinated by the Community Schools Program. This non-profit organization based in northern Thailand has provided access to education, medical care and basic necessities to refugee and migrant families from Burma as well as IDP families in Burma since 2001.

The local community-run schools we are supporting are the only source of formal education to their young students. Resisting regime pressure to shut down, they rely on international support through the Community Schools Program to prevail in the conflict areas of eastern Burma. Every year since 2008 we have been helping these kids have a better future through education with the help of the Community Schools Program. The first two photos (top left and bottom right) of this article were taken in a few months ago at an IDP school inside of Burma. As you can see, it is easy to fall in love with these kids!. We try to support them and their teachers as much as we can.

In 2006 the Community Schools program was recognized by the World’s Children Prize Foundation of Sweden and received funding for 25 of their community supported schools. As part of this recognition, a formal needs assessment was done that identified the action areas of child abuse in the Eastern Karen State of Burma. According to the "Activity Report of the WCPRC in Burma - May 2011" report published by the Community Schools' Program, here are those areas of concern: 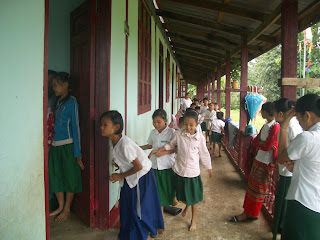 In response to the needs assessment and report, formal workshops to provide basic child rights training for teachers and a global vote for the World's Children Prize was organized in schools in Burma and in Thailand migrant schools and schools inside of refugee camps by several organization. Unfortunately, some IDP schools in Burma could not safely participate for security reasons due to conflict. For many children (excepting the ones in the conflict and refugee camp schools), the global vote was the first time they have ever left their village and became aware of a global community that supported their rights.

We have wanted to publish more photos about KIRF's support of Community Schools a long time ago but didn't due to our concern for the safety of thir many volunteer aid workers and the teachers inside and outside of Burma. The photos above are being published with permission of the Community Schools Program. More news and photos from this non-profit will be available online once their new website goes live.

In 2008, KIRF co-founder Mark Kirwin purchased and helped deliver school supplies, food aid and basic living supplies to migrant and refugee children from the Eastern Karen State of Burma. The photos below were taken in 2008 and were chosen in order to not reveal the identities of these migrants from Burma. 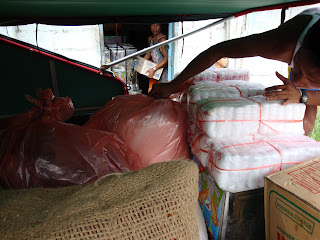 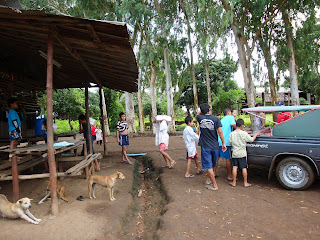 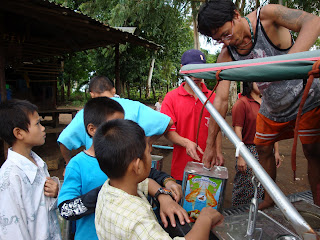 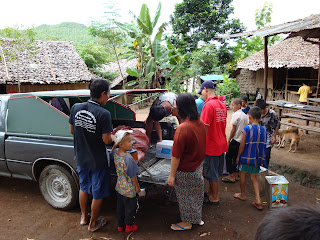 Posted by Angela Kirwin at 3:16 PM

Thank you for helping the IDP in Burma. Your support is greatly appreciated. Great work.

Hi,
I am part of Pakistan Innovative Summit for Education (PISE) a registered non-governmental organization. (https://www.facebook.com/PISEorg)
We (PISE) were planning to create some new posters for our campaign aimed at providing relief to the displaced and refugees.
I am writing this to ask permission to use ONE of your image posted here on your website.Your humble gesture of giving us the permission will help us in helping the refugee.Thanks.